Summer's End Comes Out Next Tuesday!

Hey everyone! In six days my newest book, 'Summer's End' comes out on Amazon and in bookstores across the nation! So yeah, I'm gonna pimp it from now until then :-)

I'd like to thank Baen Books for giving me the opportunity to write hard SciFi once again.

For those interested, here's the link for Amazon:  https://www.amazon.com/gp/product/B0B62G8S59 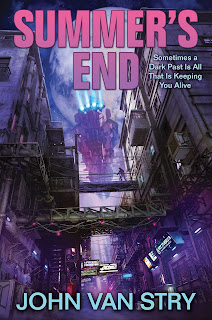 Okay, I got out of surgery 6ish I think, I didn't get out of the place till like 7:30pm. Never had so much trouble coming out of anesthesia before. I've got a nerve block on my right arm that will take several days to wear off and my right arm is now useless until then. Oh and the sling is gigantic and might as well be a body cast.
I had no idea that the aftermath would be like this. It wasn't the last time! I'm reduced to typing left handed and I can't wear any kind of shirt. So it's going to be very cold. But at least I'm not stumbling around. I am sleeping sitting up tonight however.
I am definitely going to be out of commission for a while. But at least it doesn't hurt. Though that could be the nerve block. I've got a lot of questions for the doc when I see him next.
Don't expect to see a lot of posts for a while, typing only with my left hand is gonna take some time to train.
Posted by J Van Stry at 6:10 AM 1 comment:

For those of you who have been waiting, Portals of Infinity - Book 11: Bridge of Sighs is now available on Amazon!

I would like to take a moment to apologize for the cover - when I get the finished version I will of course update it. But with surgery tentatively scheduled for next week, if I don't put this up now, I have no idea when I'll be able to. As the book was finished nearly a month ago, I can no longer afford to wait.

(The paperback will not be available until I have the finished version on the cover - sorry for those waiting for it.)

Got my author copies today! 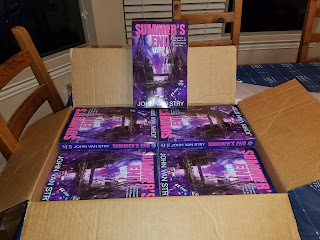 Someone asked for a blog update, and so, here's an update.

I'm finishing up the first draft on Portals of Infinity #11.

Once that's done I really need to get the sequel to Summer's End (the book I wrote for Baen Books) done. I actually have a ton of work I want to do for Baen, so I'll be writing a bunch of those over the next year or two.

The next Valens Heritage book will most likely be about Troy. Then another one about Mihalis. At least one of those should be done by the end of this year. After I finish those there may be a collection of shorts and novellas dealing with some of the other characters in the family. I also need to write the book (or books) I hinted at, at the end of the last Mihalis book.

Once I get through those, I'll have to think about what I wish to write next as Jan Stryvant. Right now I have a lot of stuff lined up under John Van Stry, where it's been the opposite for the last several years. There is a LOT that I can do in the Valens Universe - it's pretty ripe with potential. So on that, I'll just have to see.

On the personal front I messed up my arm (somehow) and I need to take a bunch of drugs and do physical therapy for the next few weeks. Hopefully it'll solve the problem, because it hurts like a bitch. I'm trying to get back to building guitars in the evenings, because I enjoy it and it relieves a certain amount of stress. We're still in a drought here and it's definitely causing issues. I wish it would friggin rain already.

Part of what sucked up a LOT of my time last month was the local con I went to, because my publisher was there and I had two series I want to sell her that we discussed. So I had to write the entire plot line for two entire series. She's interested in both of them so I need to start on one of them and get it written, though again, need to write Troy #2 as well. Yes, lots of work to do and I'm -hoping- that certain things stop happening, where I have to go get involved in other folk's problems because they need help (hope that's non-specific enough). I really just want to get back to writing and putting out a book every month.

I suspect a lot of you folks out there would like that as well.

So yes, I've been busy. No, I haven't been dead. Not much else to say beyond that right now.
Posted by J Van Stry at 5:09 PM No comments:

I will be at Fencon this weekend

I will be at Fencon this weekend, as well as the signing at Half-Price books tomorrow (Thursday - Sept 15th)

Saturday I'll be there the longest, though I do have to pop out at noon to go home and let the dogs out for a while. If you're there, look me up.

So Queen Elizabeth has passed.

I'm reminded of a story I heard more than a few years ago. I regret that I do not remember who told it. It was someone I knew in passing. His father, for all that he was an American, was a big fan of the Queen and sent her a Christmas card every year. This person that I knew had occasion to be at an 'official ceremony' in another country, that the Queen was attending.

When he was introduced, the Queen asked him about his father, to which he told her that he had died several years ago. She then replied with something along the line of 'Oh, we'd wondered why we'd stopped getting his card every year.'

That right there says a lot.

They were completely blown away by the simple fact that the Queen had noticed.

Oh, and they ended up on the Queen's Christmas card list after that.

Just letting you know that it probably won't be until September until I publish another book. There are a couple of reasons for this, of course, none of which fall under the category of 'Bad'.

The first is that I'd been planning to take about a month off after LiberyCon. Unfortunately, that got postponed a week, as I was behind schedule on getting 'No Place Like Home' out. I'd hoped to get away for a week or two, as in travel, but things are still messed up in a lot of the rest of the country and the last thing I wanted to have happen was to be forced into some pointless quarantine. Especially as the governor in one of those places is a couple asshat (and I'm not talking about California this time either).

Of course I had a LOT of things at home that needed attention and I spent a couple of weeks wrenching on my motorcycles which have been poorly neglected for the last year. Then there were a lot of non-writing writing work that I wanted to get done, and a fair deal of it did get done. But there's still a lot more to do and thankfully I now have help with that.

There's also some stuff I had to do for Baen Books, in regards to the book I have coming out with them come December.

Now, going forward, I want to get the sequel to that book done. Once that's done, it goes to Baen, so that will also slow down anything new coming out. I have a number of things in my head right now as well that I want to get down in some sort of outline form, because I've got a lot of things I want to write now. Some of it is POI, some of it is Valens, and some of it is completely new stuff. I'm hoping that will make everyone happy, including the WTM folks who can't figure out what to write unless they're ripping off me or my friends.

I will be at FenCon in Dallas this September, though I don't know how long I'll be there on any individual day as I have Very Large Dogs and I can't just leave them in the house for long periods of time. But I will try to make the most of it.

So yes, unfortunately I may not have anything new out until September or October, but I am back to work. I really did need a break where I wasn't thinking about things writing and deadlines or the rest of that. It's been about five years since I've been able to do that. I did tell my Patrons on Patreon and SubscribeStar about it, but I hadn't mentioned elsewhere really, so I figured I'd put this out here.

Hope you're all doing well!

And here's the cover: 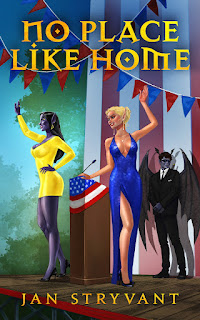 The Audibook Version of Mihalis came out today.

The Audiobook version of Mihalis came out today on Audible. 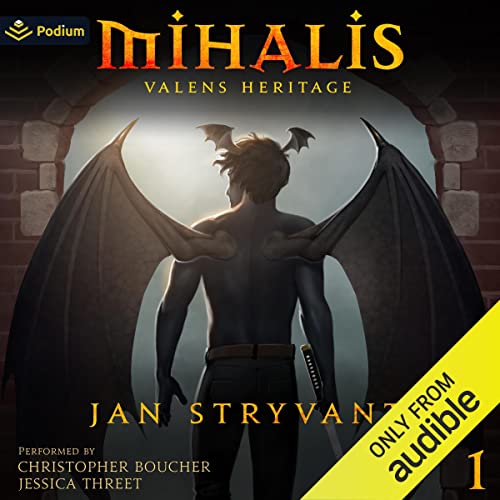 Valens Heritage #4 - Troy is now up on Amazon!

Paperback is in process. 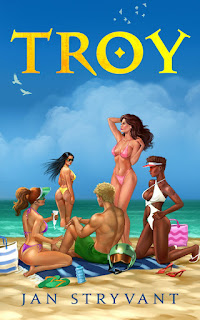