This is the 'Bridge Book' between the old and the new series, technically, but I called it Valens Legacy 18 because while it's several years later, it's mostly the same people. We're just starting to see how the world is changing.

'Mihalis' will be the first book of Valens Heritage, the next series.

Here's the link: Everyday, Including Holidays 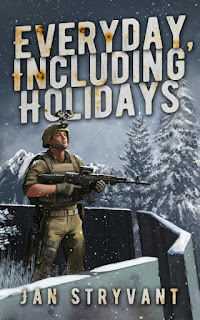