So, Perfect Strangers hit last night, and it took one of the #1 best seller tags away from Black Friday.
I now have -two- #1 best sellers on Amazon.

Heady times, I tell ya. I really need to get my head back in the game and finish book #3, which I was planning on finishing the first draft for, today.
Posted by J Van Stry at 3:18 PM No comments: 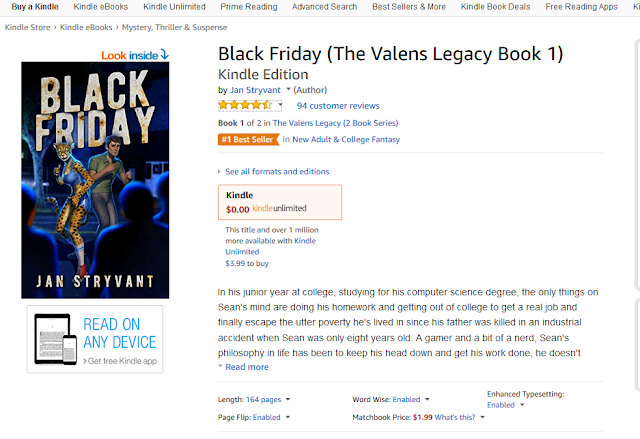 Apparently the new Jan Stryvant novel is still doing rather well. Today it just earned its second '#1 New Release' tag on Amazon, this time in a second category, than the one it earned a week ago.
It's even climbed into the top 200 overall ranking on Amazon. I'm pretty amazed and happy to see that.
Book two, the sequel to 'Black Friday' comes out this Friday, it's already got quite a few people signed up to buy it, which has also made me pretty happy. Book three is underway, I'm about a third through it and hope to be mostly done with the first draft by Friday.  I'll set it's release date sometime after 'Perfect Strangers' goes out.

Now, if only I can get past Steven King and his book about bad I.T. organizations to get that coveted #1 spot!! :-)

(what? you say it's not about I.T., but about evil clowns? Hey, haven't you ever worked with I.T.? Evil clowns sounds about right... )


(apologies to all you IT folks, but hey, I live with one. So if I'm murdered in my sleep tonight, now you know why...)
Posted by J Van Stry at 2:38 PM No comments:

It's Always Something, or the Difficulty of Making a Living in this Business

One of the problems with working in the Entertainment business, and trust me, writing is Entertainment. Is that it's always a moving target. People change, trends change, tastes change and what sells change. So dealing with that can be a headache at times, there's no doubt about that.

But when what you get paid for your work changes, well that ads a layer of complication that makes things even more frustrating at times.

You see, back when I started out I realized that in order to do 'okay' (and by 'okay' I mean make what I consider to be a decent living as a writer) I needed to sell an average of one hundred books a day. This was a daunting task for someone who felt lucky if they sold a hundred books in a month! But, I set out to achieve that goal, by trying to write stuff people would enjoy, and by increasing my 'catalog' of books, so I'd have a steady level of income off of that 'backlog'.

Which I do. With every new book I see a sales bump as I pick up a few new readers who work their way through my backlog, on top of the sales of the new book of course. And after several years of hard work I'm now to the spot where I actually do sell, on average, about one hundred books a day.

But Amazon came out with kindle unlimited and two thirds of my customers moved over to it. Add to that Amazon's dropping of the price per page that they pay, and I'm making a third of my normal sale price on those books (about a dollar). So, do the math: I'm making 1/3rd what I used to on 2/3rds of my sales. Which works about to about a fifty percent decrease in take home pay.

So now I need to aim for two hundred sales a day! If you think aiming for one hundred is a daunting task, aiming for twice that is even more so. Add in the fear that the rules of the game will change again if I get there (or should I say when I get there, always pays to think positive) and sometimes I wonder if I'm really in the right business. But this is why I've thought of ditching kindle unlimited, yes I get two-thirds of my sales through it, which is huge. But how many of those people would still buy my books if I wasn't in the program? Would it be enough that I'd make more money, or less? Also being in the KU program means my books climb up faster through the ranks because of all the borrows and page reads I get.

Yes, I've lost sleep over this, because making any changes that could lead to financial hardship are what you want to avoid as a writer. So honestly I think my only choice is to try and increase my sales. The only way to do that is to write more, and try new things (hence the new pen name and the new 'brand' - I can't afford to alienate any of my readers because I started writing stories with sex in them, which apparently is still a touchy subject for a lot of people, hell, a simple F-bomb in a book can lose you percentage points!)

And of course, as always, you'd think book companies would be interested in an author who sells over 30K books a year without an advertising budget. But you'd be wrong.
Posted by J Van Stry at 12:04 PM 4 comments:

Back from the Reno Air Races

So, I'm back from my one vacation a year, now it's time to get back to work (not like I wasn't working in the hotel each night after a day on the tarmac of course). So I got lots to do on book three, book two is going through a last re-write then out to my Beta readers today.

Here's a few pics from the weekend. 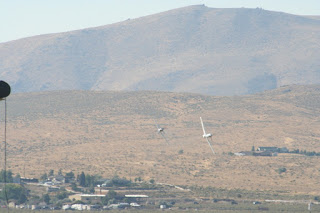 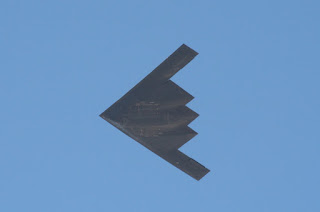 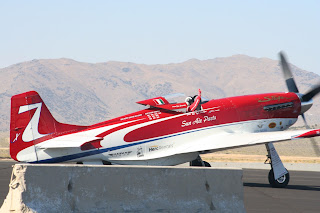 Guess I was wrong about this being a bad time to launch a new book...

So yeah, the new Stryvant novel is the #1 new release in werewolves & shifters on Amazon, and #2 in the category (stuck behind IT by Steven King who is like #8 overall on Amazon).

Honestly, I'm both happy and a little shocked, and very grateful.
Posted by J Van Stry at 1:48 AM 3 comments:

Apparent this isn't a good time to launch a new book...

So, I launched a book a couple of weeks after a major hurricane in Texas while another, smaller (but still large) one is going through Florida and heading for Georgia, Alabama, etc.

Apparently not a good idea, as a LOT of people really aren't buying or reading books right now. Honestly wondering if I should have delayed the launch of this new series until maybe November.
Posted by J Van Stry at 3:21 PM No comments:

So yeah, a new Harem story

I put out another Stryvant story last night, it's not a sequel to 'Shadow' this is actually the first book of a new planned series. It has sex, I'd definitely rate it an 'R', which is why it's under the Stryvant name instead of my own. It also has some aspects of LitRPG in it, as I did get a lot of folks wanting to more about how the protagonist's powers progressed in the Shadow story, (which I had taken out because I thought no one would be interested. Silly me.)

If you're interested, check it out: Black Friday, by Jan Stryvant

On my Children of Steel universe, and the book after Interregnum

In short, there isn't going to be one. Probably ever.
Why? Well, Interregnum, that I was bothered by quite a few people to write, only took in $500 in total sales after I paid for the cover. That's right, I made $500 for almost two months of my time. That's less than a tenth of what the average book I write earns me. It's kinda hard to live on less than a hundred dollars a week income, when you have a mortgage, food, and the rest to pay for.

Mind you the book wasn't a failure, best I can tell there were several thousand pirated copies out there, because I found them on every furry site in the world with people telling everyone to spread it far and wide. They all talked about how much they loved it, how great it was, and how everyone should read it, but to date only TWO people have come forth and donated to me a few dollars to cover having read the pirated version.

So, the third book in that trilogy will never be written. For that matter, I don't think I'll ever write in that universe again, despite it being one of my favorites (because it was my first). I'm even thinking of taking down the facebook group I made for it, and when the paperbacks I have on hand run out, I don't think I'll be dragging them around to sell at cons anymore.

I did put up on my patreon that if I got to a certain level of donations, I'd write it, a chapter a month, and post it for all my patreon subscribers, so they could at least read it. That didn't work, so after a year I pulled that reward down.

At this point, the only way I will write it, is if I get at least $5000 in cash (no promises, cash in hand only) up front. Then I'll write it. As for those people saying I should do a go fund me or some such, sorry, not going to waste the time or effort. I don't think I'd get the money. If you want to do one, and promise to send me all the money from it, if it meets or beats the goal, go ahead and knock yourself out. But I just can't afford to waste the time on something that not only isn't going to make me money, but is going to cost me. It took a year for Interregnum to make enough money to cover the cost of the book cover. It's been out over two years now, and is one of my worse earners, ever. Even 'Lost Souls' has made more money and is still selling reliably well.

I'm at the Turlock Comic con, at the fairgrounds.
There are a surprising amount of people here today. I'm just glad it wasn't as hot out as yesterday was!
Posted by J Van Stry at 2:35 PM No comments:

Audio Book for Portal's of Infinity #3, Of Temples and Trials is Processing!

Yup, got the last files for it the other day and I got the cover for it this morning (why Audible makes you get a different formatted cover is a mystery) and it's been submitted to Audible for review. So, as long as they approve it, it should be on the shelves around the 15th.

I really hope everyone likes it, I like Dusty's take on it, and he's finally hitting his stride, so if this one does well, I'll commission him to do the next one, which I think he could very well have done by Christmas. Now that he's got an actual studio to work in and has mastered the editing console, he's really picked up the pace.

So everyone keep your fingers crossed, and hopefully it'll be up for sale before I leave for the air races in twelve days.
Posted by J Van Stry at 1:30 PM No comments: