How to Build a Bass Guitar

Or how I did it at least. I play bass as a hobby, been doing it for years. I also like to build things, and I saw this DIY Steinberger clone kit to build your own bass guitar. So I figured, why not? I'd been thinking of buying a Steinberger Spirit bass, because they're smaller and easier to travel on airplanes with, but no one around here sells 'em.

So I bought the kit and built my own. Took me three weeks or so, because of paint curing and finish curing times. I wrote up the steps and put a few pictures of the finished product at the bottom of the page here:

Link > How to Build a Bass Guitar

Think I'll do a P-bass next. But I might do that without a kit, see as everyone who sells kits are out of stock.
Posted by J Van Stry at 9:29 PM 3 comments:

In the new book, there's a spot where Will is accosted by the equivalent of the Coast Guard and asked just how he ended up where he is, so he spins them a little story about a rich woman that he heard from a friend. Well, I'm here to say that the story is true.

It really happened. Not to me, but to a friend of mine's brother. He got picked up by a rich woman, who made him all sorts of promises, and then took him traveling with her for several months. She pretty much made him her sexual plaything. Then he wakes up one morning at a very expensive hotel in Florida, all the way across the US from where he started in the Midwest, she's gone (she snuck out earlier) and left HIM stuck with the bill for the hotel. Which he couldn't pay of course, it was a lot of money, and he's got nothing on him as up until now she's been paying for everything.

So he ended up working at the hotel for many months to first pay the bill off (this was in the early 1980's), then to save up enough money so he could travel back home.

It's in pre-order now, and goes live this Friday:

Should be up for pre-order soon. 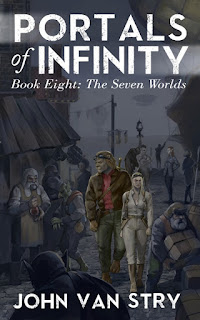 Book Three in the Days of Future Past is now an audiobook!

So the third book in the Days of Future Past trilogy, 'Future Tense' is now live on audible, Amazon and iTunes. For those of you who have been waiting for it, the wait is over:

Here's the link from Amazon:

The Valens Legacy Audiobook is out!

For all of you who have been waiting for the audio version of the Valens Legacys series, the first two books are now available on Aubible: 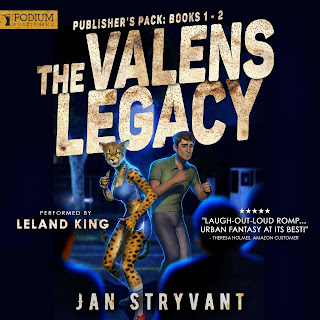 So, I realized this morning that I hadn't posted here in a while. So I figured I'd make a general update. POI #8 (working title: On The Border) is currently being written. I'd hoped to have the first draft completed last week, but I had outpatient surgery last Tuesday and I ended up getting very little work done after that. So I'm hoping to be first draft complete by the end of this week. I don't have a target date on release for that one yet, it will be sometime this month.

On the Valens Legacy. I'd hoped to start writing that this week, but odds are that won't happen until next week. I'm still hoping to get that out by the end of this month, but with losing a week that may slip a little.

Black Friday was nominated for an 'Ursa Major Award' so if you want to go vote for me, (or rather Jan Stryvant) I'd appreciate it. True it's not a big award, but I've never gotten an award for writing before.

So that's where things stand currently. Hopefully I'll have some more interesting stuff for you soon.
Posted by J Van Stry at 10:57 AM No comments: